Vehicle emissions testing in Arizona is performed under contract. Our contractor constructs and equips facilities in the emission control areas in which the tests are performed.

Testing is quick, easy and accurate; however, at certain times of the month backups can occur. For faster service, it is highly recommended that you avoid the end of the month and middle of the day. 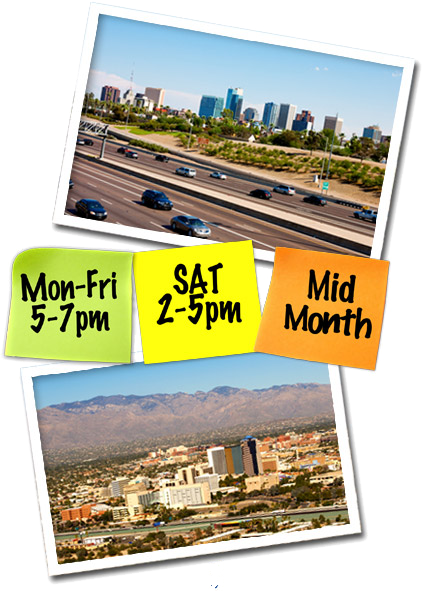